Although mask-wearing is not a legal requirement, it is now personal choice and still encourage our customers and staff to do so.

All orders can now be placed at the bar. Please be aware that you can still order food from the QR code on your table if you choose to do so.

Ever since we first opened our doors in 2009, we’ve wanted the Rusty Bicycle to be a neighbourhood pub first and foremost — a place that reflects the vibrancy of the surroundings and the people who make up this little corner of East Oxford.

Eight years on, we’re proud to be at the heart of a wonderful community, including a devoted core of regulars, a number of whom are the subject of a new exhibit and book by local photographer Bernard Clarke.

A longstanding regular himself, and a resident of Hurst Street for more than twenty years, Clarke has observed firsthand how the pub has transformed the area and become a gathering place for the community.

Clarke took up photography about seven years ago, after he retired from teaching. He describes himself as an enthusiastic amateur, always looking for the next project. He saw a perfect opportunity in the pub he’s come to know so well. Everyone has a story here, and his expressive portraits capture the culture of the Rusty and the incredible variety of interesting people who’ve made it their local, from young families to retirees.

In the intro to the book he has produced alongside the exhibition, Clarke writes:

‘Ever since the day in 2009 when it emerged from the moribund and unlamented Eagle Tavern, the Rusty Bicycle has had a steadily transforming effect on a quiet part of East Oxford. The name sums it up, unpretentious and a bit quirky – like an old friend.’

‘”The Rusty” is always busy, but in a warm, buzzy, friendly, rarely rowdy way – weekends overflow with young children and their families having treat pizzas and burgers; alternative Tuesday evenings heave with erudite quizzers; Saturday morning chess players manage to ignore the breakfasters; and the rest of the time, there is always a steady flow of drinkers being served by the young, delightfully friendly staff.’

Clarke’s photos will be on exhibit during Oxfordshire Artweeks, alongside work by his wife Anthea, a weaver, and others. Pop along:

More info on the exhibit is available here. And if you fancy a pint after, the Rusty is just across the road… 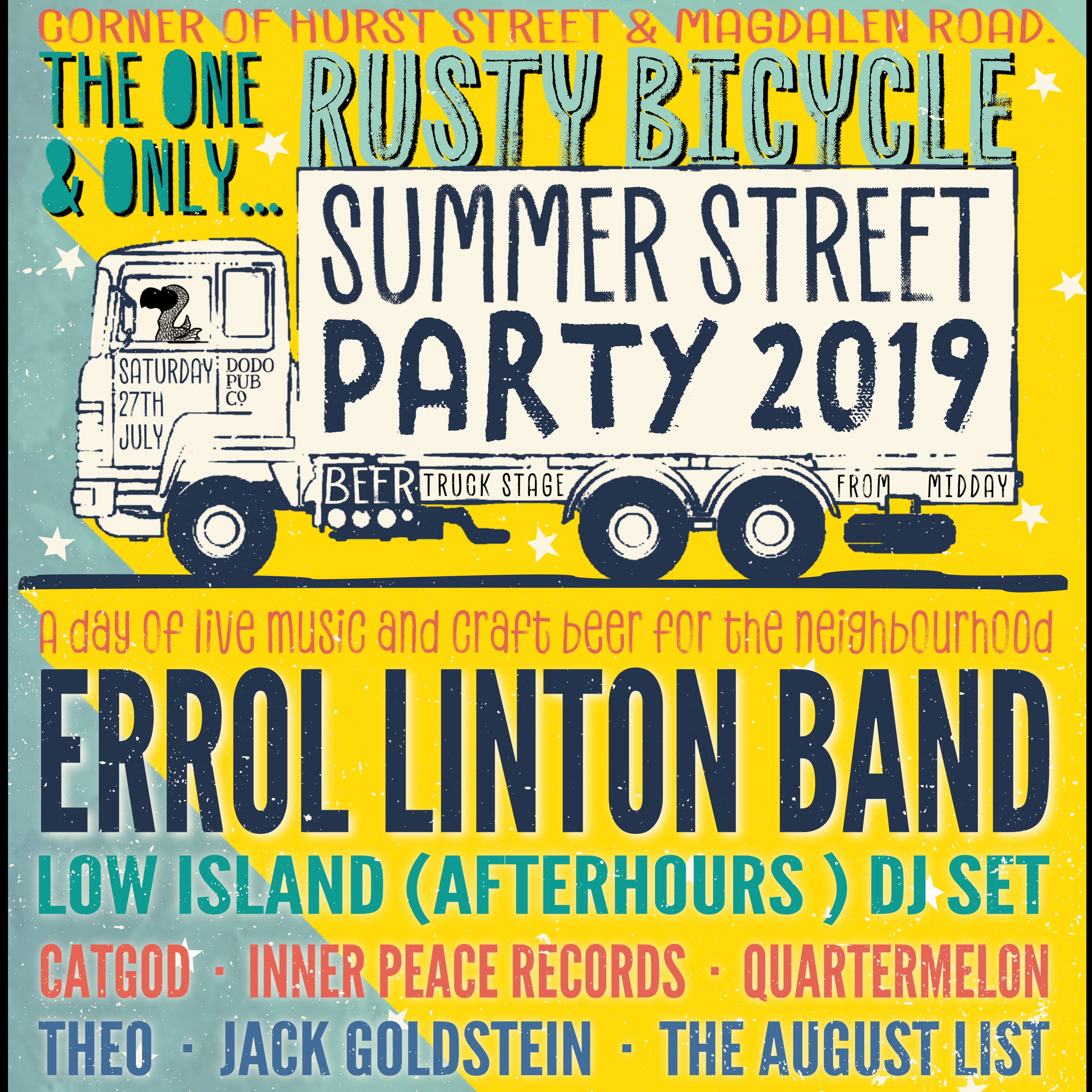 THE RUSTY STREET PARTY IS BACK!

You are cordially invited…