It all started with a simple question: what’s the best beer food in the world?

Back in the day, when the Rusty Bicycle was still finding its feet, owners Chris and Leo were stuck in a seemingly endless debate over the best food to serve alongside our pints.

In one corner there was Chris, backing the burger.

In the other was Leo, punting for pizza.

Both are inherently casual and social foods, which is something we love. They may occasionally warrant the use of a knife, but don’t demand the fuss of cutlery or stuffy highbrow conversation. In short, both are perfectly suited to the task at hand: accompanying a delicious cold brew.

So, locked in a stalemate, we did what anyone would do. We set about perfecting both.

THE STORY OF DODO PIZZA

You may have noticed, but not all pizzas are created equal, and the perfect recipe remained somewhat elusive for the first few months. It wasn’t until Leo found himself in Italy, tucking into a pizza in the backstreets of Naples, that he realized he had found what he was looking for…

Done right, Neapolitan pizza is the unbeatable godfather of all pizzas. It epitomizes the delicious simplicity of Italian cuisine and, when made with the correct care and skill, can be mind-blowingly good.

Leo was convinced: Dodo pizza had to be Neapolitan in style.

Of course, bringing Neapolitan pizza to a little pub in the heart of East Oxford wasn’t a straightforward undertaking. It took years of experimentation to nail our recipe, and we’re still working on replicating that perfect slice, first tasted amidst the bustle of Naples.

Over time, though, we’ve established some basic rules for our own perfect pizza. We call them the Holy Trinity. You know how fire requires oxygen, heat, and fuel to ignite? Well, our trinity is like that: remove one of the ingredients and you may as well give up and go home – you’ll just have some bread with tomato and cheese on top, and who wants that?

So, we hear you saying, what is the Holy Trinity?

>We use Caputo Blue Flour, milled in Naples to make our slow levitation dough.

>We use Fior di Latte – a mild, sumptuous cow’s milk mozzarella made in the style of a traditional buffalo mozzarella*.

Our dough is made from just four ingredients – flour, salt, yeast, and water. Once risen (for no less than 48 hours) we blast cook our pizzas at 400c to lock flavour and moisture into the crust

Sounds simple, doesn’t it? That’s the beauty of Dodo pizza. It’s a little like alchemy, a seemingly magical transformation of ingredients. There’s no great mystery here though, just years of hard work, but you guys don’t care about that – all that matters is how it tastes, so why not grab a pint and a pizza next time you’re in?

*We apologise for alarming the vegans: we also do a cheese-free Vegan Mary pizza 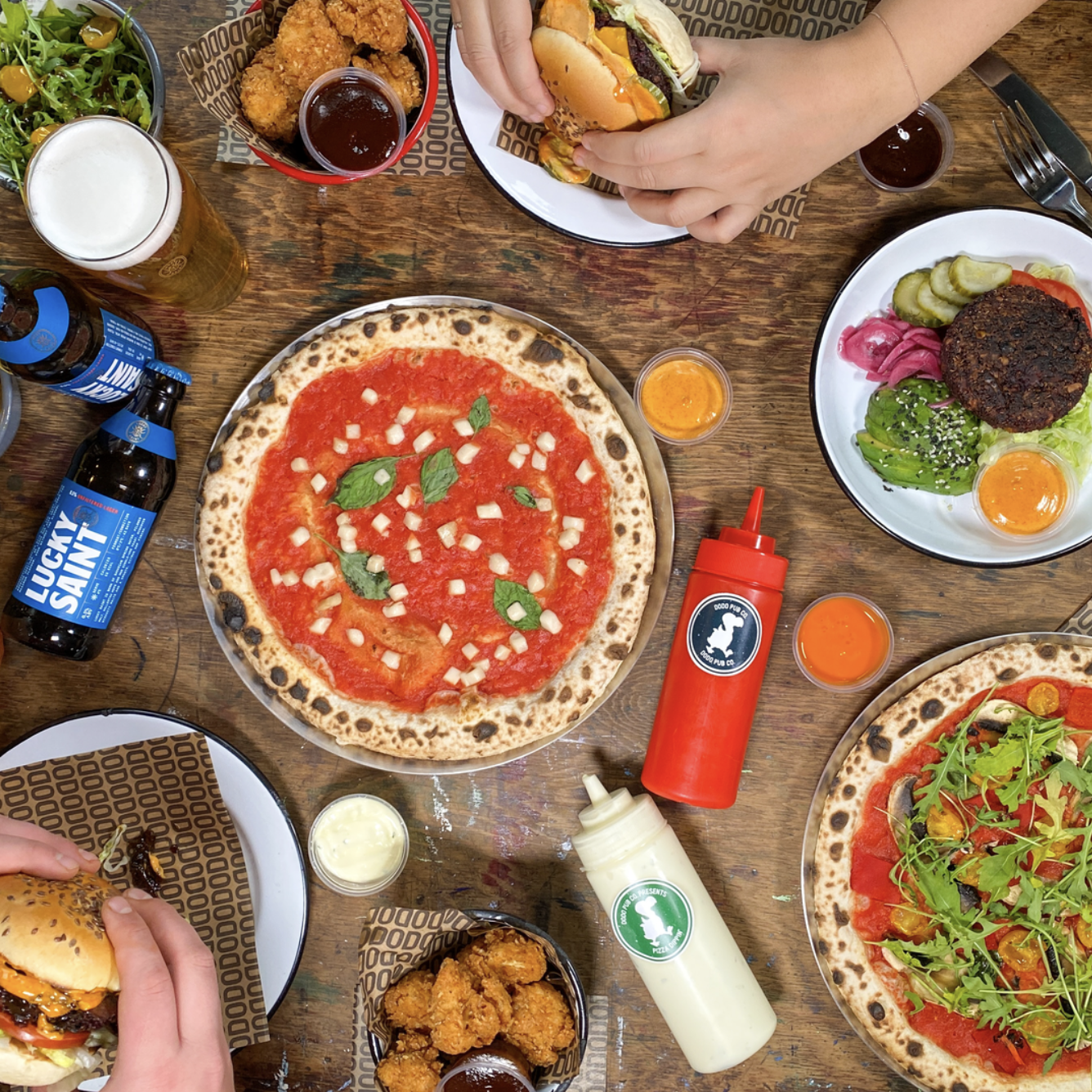 KICKING OFF A SUMMER OF FUN… BEER, BEATS + BBQ AT THE CRUMB