We caught up with Andy after the race to find out what it was like, whether he’d do it again, and exactly how many Marathon Clucks were ordered last month…

Were you well prepared for the race?

I was prepared mentally, which honestly is 60% of the challenge. My physical preparation for the race was just about ‘adequate’ with definitely some room for improvement next time! I certainly prepared for the weather as we knew it was coming and managed to fully hydrate. I think around 900 people didn’t complete the race this year, which is a lot higher than normal, probably because of the 23C heat.

I think I started training at the right time – 4 months prior to the race (they say 3-5) but it was the regularity of my training that was under par. One week before the race I ran 23k (just over half marathon) – a schoolboy error as my foot was bruised from this and didn’t have time repair before the race!

Another thing – after the marathon my Apple watch told me I had run 50k (obviously wrong as a marathon is 42) so it was at this point that I realised I hadn’t run as far as the “smart” watch claimed I had in training.

What was your finishing time, and did you do as well as expected?

With my leg being a MASSIVE concern at mile three, I was worried I was going to have to forfeit the race. Thank God the pain numbed, and I managed to keep a strong mental state which really helped with my split times throughout. I had about 15 minutes of walking around the 18 mile mark, nothing some jelly babies and a few oranges couldn’t sort out.

Before training started I estimated a finishing time of 4hrs to 4hrs 30mins. However, after the realisation of my fitness level in the run up to race day, I expected 5hrs plus. So yes, I was very happy with a 4.44 finish time!

What does your chosen charity mean to you?

Alzheimer’s Research UK were great throughout the process and offered tonnes of support.  My Grandad had dementia, my wife’s Gran had it, and we’ve both seen the saddening effects it has on the victim and those around them. It’s a really great cause and I wouldn’t think twice about raising money again for Alzheimer’s Research UK if another opportunity popped up.

How did it feel to finish? What was the first thing you did?

The last mile was by far the hardest so as I crossed the line I really didn’t enjoy the moment as much as I imagined I would! I felt absolutely awful for half an hour, then I stood up and as I limped towards the meeting point, that’s when it started to sink in and from then on it felt amazing! I was handed a cold Stella Artois within minutes of meeting friends and family – didn’t touch the sides!

How many Cluck burgers did we sell in the end? How much have you raised in total?

We sold 630 Marathon Clucks in total, with the Rickety JUST taking the lead over the Rusty by 11 burgers! I am going to take the Rickety team for an afternoon punting (when it warms up!) as a reward for selling the most Clucks, but I can’t thank all the teams enough for helping me raise £630 towards my charity. This brings my total raised to £3,065, all going to Alzheimer’s Research UK!

Are you still in pain?

Pretty much recovered I think, maybe a little more tired than usual.  My right foot is still a little swollen but seems to be mending!

Will you race again next year?

No! But will I run again? Almost certainly. The crowds were insane and I got such a buzz from the experience, so I would love to do it again in 5 or 10 years! 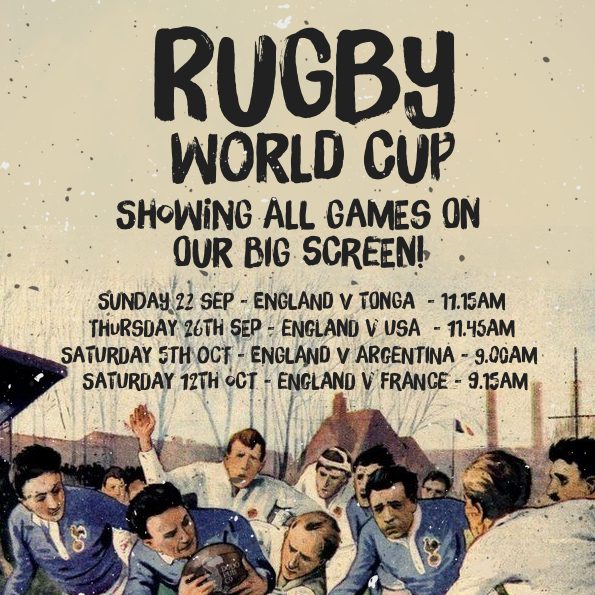 Celebrate your love of Dodo pizza and win a £50 bar tab!

🍹 Daily Happy Hour at The Part and Parcel from this Monday🍹

The Up Street Party 🎉